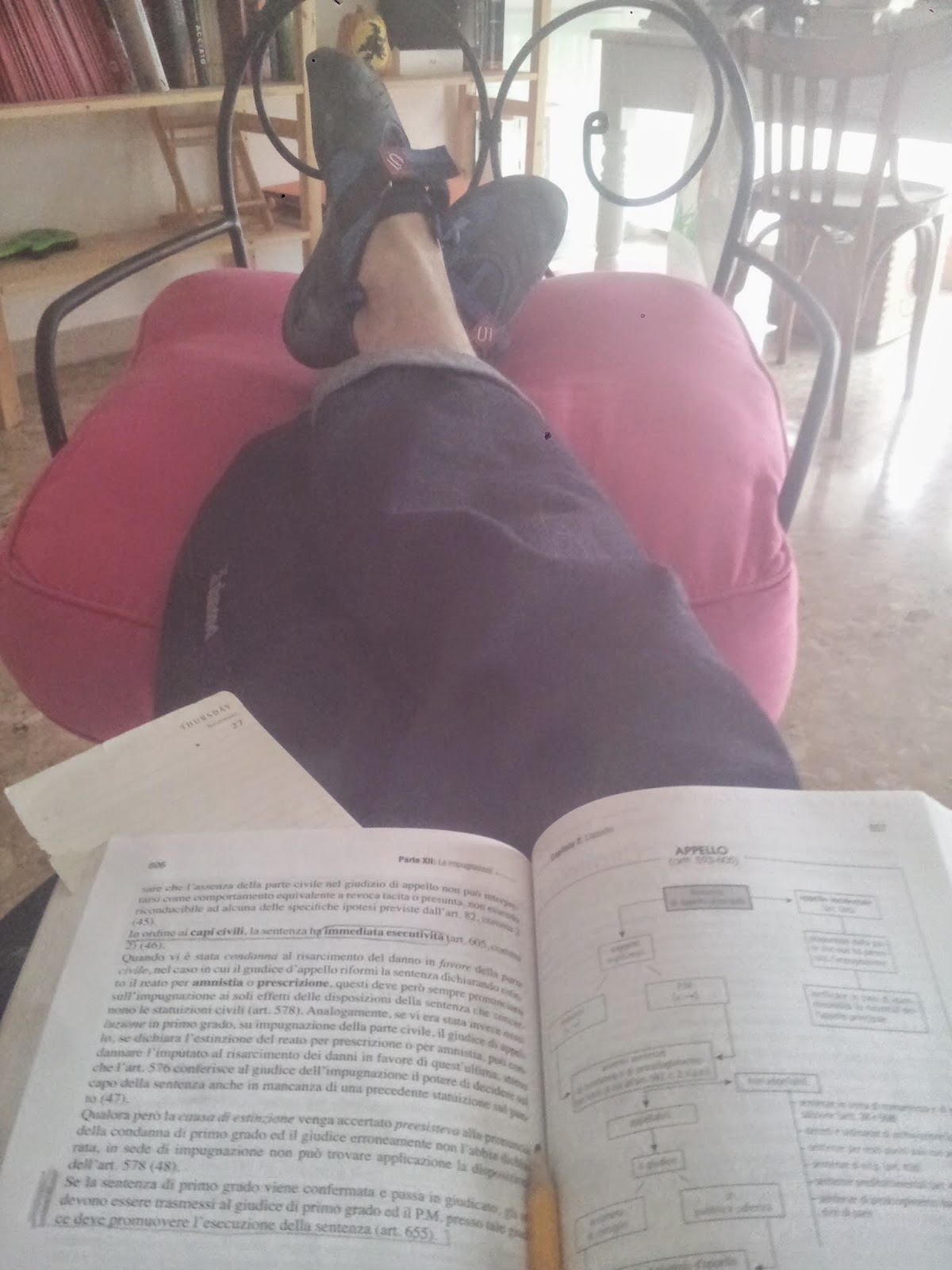 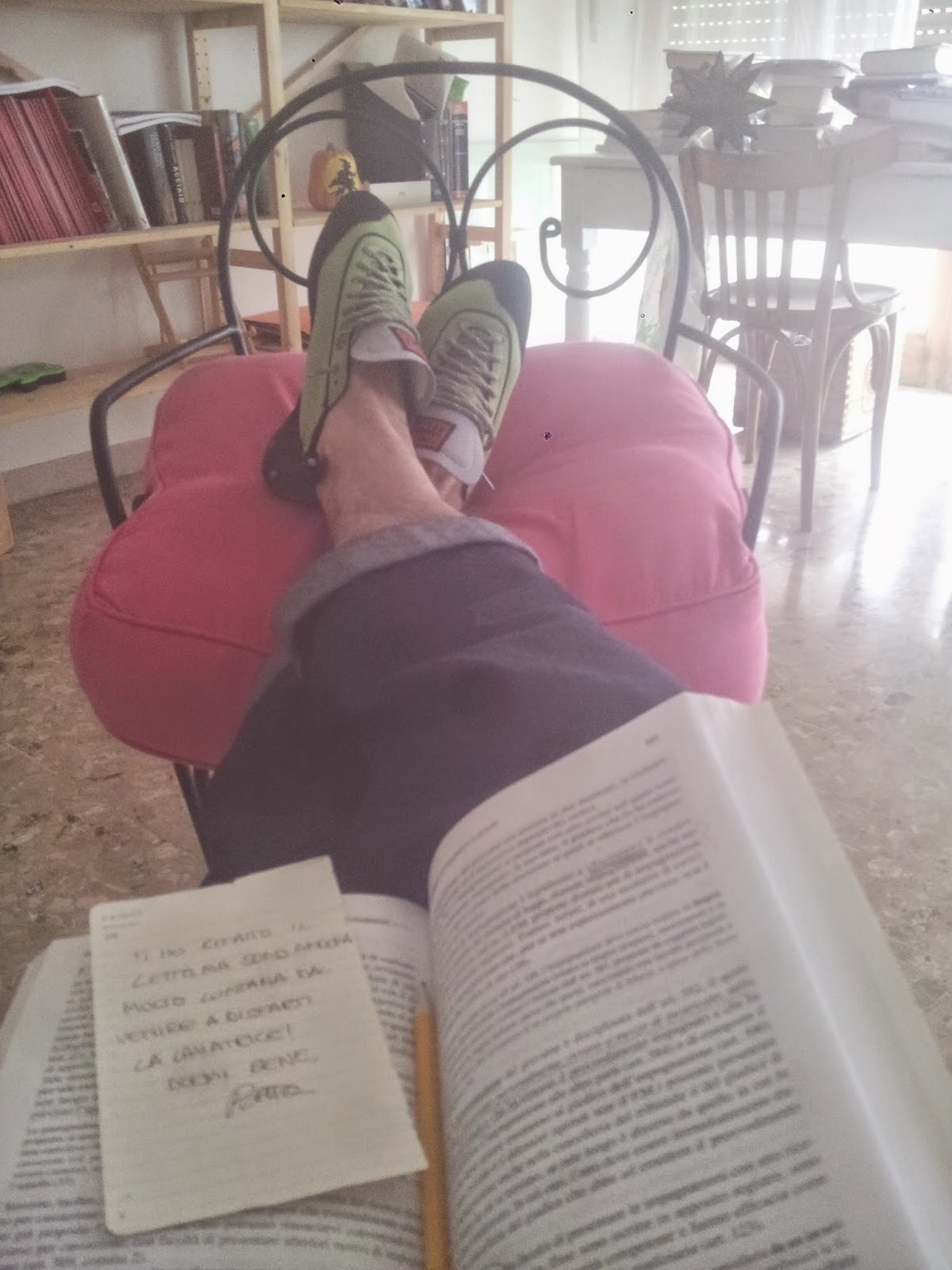 In the pictures, training body and mind at the same time.


Then, I do not understand why some people like to detail how many minutes it took them to climb a boulder problem or a route. The odd "15 minutes", "20 minutes", and so on, on 8a.shit.
I'm being modest as usual. Of course I understand why they do so: it's because the less it takes to climb a problem, the stronger the climber is supposed to be. So, if a climber takes "15 minutes" to climb an 8a, he appears to be stronger than the climber who took "15 minutes and 38 seconds" to climb the same problem.
Bull. Shit.
No one cares about time, we're not sprinters, and we're not making love.
When two climbers have climbed the same problem, on that problem they are equally strong, if we're talking about climbing.
Otherwise we would need to create a new way to grade a problem: it's 8a in less than one hour, 8a+ in less than half an hour, etc.
You got the point.
Everything is getting so fucking complicated that my mind boggles: number of tries, number of days on, number of minutes, how long did one drive to get there, he had fever, he hadn't taken a dump, he had diarrhea, he was on a bad mood, he had snorted cocaine, he was full of love, he had wanked five times...
The last thing we need at the crag is some idiot who times you on your project. What will it be next? "I skipped a rest", "I used crappy shoes", "I thought about work during the climb"? Every excuse seems good to try and show that - ceteris paribus - for some reason one is stronger than another.
Goddammit, you either climbed a problem, or you didn't. Get a fucking clue.
The only way to show you're stronger, is to climb a harder problem or to show down on a fingerboard, pull up bar, campusboard or gym.
I tend to think that many of those who just climb, have far too much time on their hands, and things get complicated.
And I want them as simple as possible.