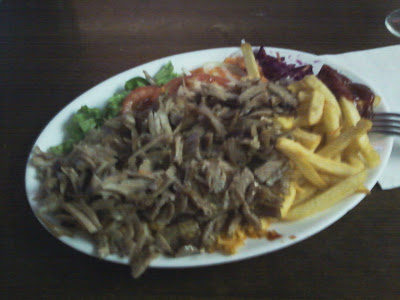 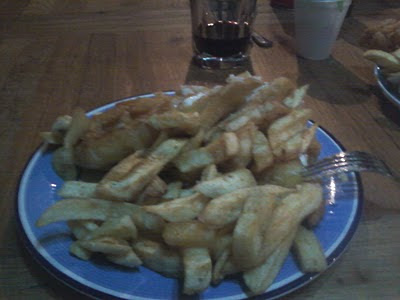 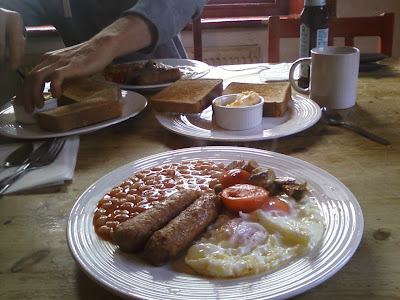 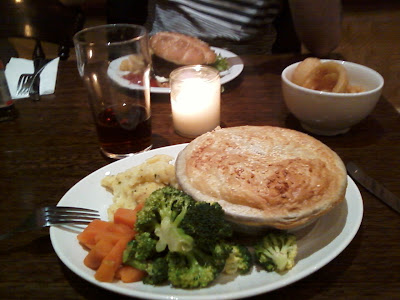 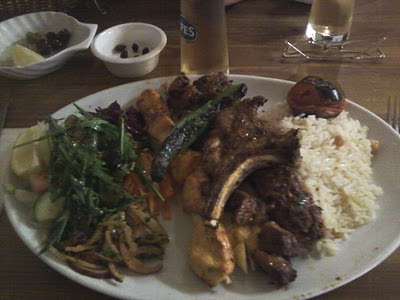 To be honest, I don't know where to start from; I don't know what to tell, I don't even know what I want to tell.
Not a single night has passed, in which I haven't fallen asleep reliving the feeling of the rock under my skin, the pressure of a hold, the addicting sensasion of sticking a move and feeling solid and in control. From the very first day, each night I had something to dream about, and every day brought more.
This has been a very successful trip for me. Of course it's no P-Rob ticklist, it's my ticklist, but I feel it's a good ticklist for an old fart.
I am sure it will take me more than just one post to go through the many, infinite moments that made this trip special.
One can see something and think it's beautiful; then he starts thinking that he wants to be closer to that beautiful thing; then he starts dreaming about that thing, and finally he wants to make that thing his thing also, at least for a brief moment. Few times in my life I experienced what I did experience when my right hand fell onto the good hold of "Brad Pit". Matching it, and exiting the problem, unlike many other times, I didn't feel like letting go my traditional almighty roar. This time, instead, I felt something surging inside my chest, that tightened my stomach and made my eyes wet. Commotion for a boulder problem? Apparently yes. I don't know why, but that's what happened. The previous day I wanted to quit climbing - seriously, I even phoned my girlfriend to tell her - the following day all the pressure was gone, and all I was having from the climbing was joy and fullfillment.
The key should be being able to find that same joy and that same fullfillment just in the simple act of climbing something, not a particular problem, but this is not possible. It would be like trying to fall in love with any girl. Doing something unexpected brings joy, one kind of joy that I also experienced in this trip, during my second week, when I climbed some problems that weren't in my dream list; but before, in the first week, all I wanted was to bear the pressure that I had put myself under: dreaming to climb some specific problems, and building a trip around these targets, was a great risk. Just as one day before I wanted to throw the proverbial towel, now I could be here, writing that the weather had been poor and stopped me from ticking my projects; or simply that I hadn't been good enough to climb them, therefore quitting.
I could be, but I am not. For some reason, that I don't know precisely, things worked out; they clicked. The pressure, released, morphed into some special fuel that propelled me up a few other problems, desired or simply found along the way.
I haven't tried everything I wanted, and obviously I haven't climbed everything I tried, but I feel accomplished.
Everything has been on the razor edge of uncertainity: I was sure I could do certain moves or problems, while I was sure I was going to struggle on others, and at moments I have also been unsure about the result. As happened before, I am pondering what would have been my reactions, had I not climbed something that I felt worth. Again, looking back, all the many times that this has happened, that I have been confronted by failure, after the initial dismay and sadness, I have always worked my way back up to the erect position, and as soon as I had something back, I have always put it on the table again. The chase is better than the catch? No, at least not always. As I've said many times, it's a matter of dedication. It all becomes worthwile when it costs us time, effort, and dedication. I could have spent my holiday climbing dozens of easy problems, but I chose to play it differently, because that's like me. Have I been lucky? Yes and no. Lucky in having some days of good weather. But I don't remember one single move, in the problems I did, that I stuck because of luck. I stuck the moves because I am a motherfucker. Because I spent double digit minutes hanging from the Beastmaker alone in my living room; because I spent hours setting and trying my own problems in the gym; because I spent ages driving to the rocks, to maintain the "feel" for the real thing, the addiction to the move, the desire to finish a line. Because, after all, it's all just an enormous, continuous exercise of testing our will. "Warren Harding is not coming down" writes "Largo" in his book. I am not going down, and if I do, I'll cry, I'll swear, I'll find all the excuses I can, I'll blame everyone else, myself, and everything that I feel was against me. But then at some point I'll want to see again a man in me, and I'll go back up again.

TALES FROM THE (NETHER) EDGE 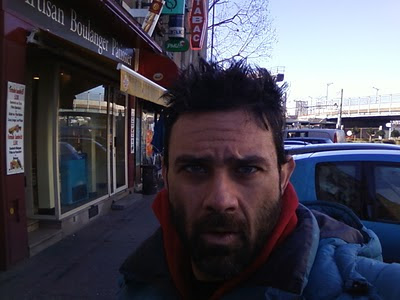 Typing from a couch in Sheffield, in the living room of someone you've met only hours ago for the first time in your life, gives much food for thoughts.
First of all: why is everyone here so kind? Do they want my money? I hope for them they don't 'cos I have none.
Looking back - a thing that comes natural to me - maybe I can find some answers to similar questions: what made me invite Tom and Rich down to Italy? Why did I open my house to Keith, to Marc (back in tha day, innit?) and to others in times long past? I don't know, but at the moment it seemed the right thing to do. Because it was the right thing to do. Because it made me feel good and happy. So I reckon it's just this that ties us together and make people let a stinky Italian climber into their houses.
I feel sorry.
I wish I was a better and stronger climber, to reward all these people with the best gift: hard and epic sends. Sadly I'm just an average punter, so no flash on "Brad Pit" for me. No tick yet, also. I haven't climbed "Low Rider" in a matter of tries, despite wanting to do it, and I haven't soloed any great, spectacular, stunning, jaw-dropping arete.
I can't payback what I'm receiving here. Because, bear it in mind, I am receiving a whole lotta love.
It's becoming hard to collect thoughts. I lie in bed at night - for 40 seconds before falling asleep for nine or ten hours straight - and I picture and feel the moves of the problems I want to do. Some of them, I want to do since the day I started. I found myself on top of "Zippy's Traverse" at Plantation, the other day, third try. I saw Rich at "Green Traverse" and he smiled at me, while a guy climbing on a nearby boulder said "Well done mate!". I live for these moments. They form part of a heritage of feelings that keeps me together. Because I shared them with others.
So, before becoming pedantic and redundant - another trademark of mine - I want to tell you how happy I am, despite being unable to fully understand what I'm doing here and living here. It'll take time.
For the moment, I put everything I have into every single move, trying to give something back to those who are around me. I need them. I need company. I don't mind to drive, and walk, and climb, and walk back, and drive back on my own, if that's what I'm required to, for getting a climb done. But I am a social animal, and an animal tout court: I may hunt alone, but when I hunt with others I am happier and stronger.
So, while awaiting for amazing performances and tales, to entertain you all, for the moment you have to be satisfied with the one armers I pulled on "Brad Pit" starting hold.
That's my way of saying "Thank you, this is the best!".