RISE OF THE MACHINES 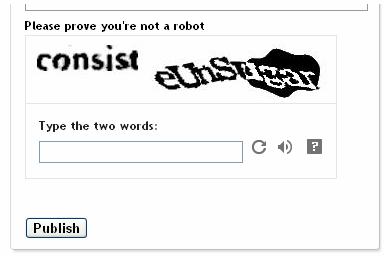 As you surely have experienced, sometimes to be able to post a comment on a website, you encounter the window that's in the above picture, asking you to "prove that you're not a robot".
This request really makes me cringe each time, because in almost every moment of my life, but in my climbing especially, all I care about and all I want to prove is the exact opposite.
I want to prove that I AM A ROBOT.
What does a robot do? It acts.
What do I do? I act.
If I paused and reflected over the reality of my climbing, it'd be it: I would call it quits on the very second. And I don't want to do it, because I like climbing.
If, before a session, I try and figure out when I will finally be able to go and try my projects, I'll never do that session, because it will seem pointless in current circumstances.
I am a robot. I stick at it because it's the only right thing to do, regardless. If I'll ever get a chance to get some climbing, I want to get there at my best. When will it be? I don't know, so I take it could even be tomorrow, you never know.
Some say "don't train if you're tired"; "don't train if you're injured"; "don't train if you're stressed". Fuck me, I am 40 years old, I have two jobs and a girlfriend that gives me hell: I am always tired, stressed and angry.
The key to me is to simply NEVER NEVER QUIT. If I skip a session because I'm very tired, I feel even worse, and I curse myself even more, not only for being so fucking shit, but also for being a soft, lazy bastard with a weak mind.
I want to be a robot and I train BECAUSE I AM TIRED. There's always something you can do: it won't put your body up to full power, but for sure it will put your mind up to its full power.
If our mind doesn't pull us out from the couch, what will? Nothing. The mind comes first and last, and in the middle there's the body. And it must obey.
So the robot mind tells me "go train, because no matter what, someday you'll get your chance and then you'd better do your best".
What else could one do? I rectify: what else could an obsessive, fanatic, ego-driven one do? Nothing else. What will push me towards my much deserved prize if not my will? And in climbing, could I really get a prize that I don't deserve? No. Could I climb a project without deserving it? No. So, to deserve something is the first step to get it, to me. This doesn't mean that you'll end up getting it, but for sure you won't get it if you don't deserve it. Why? Because no one else can give that prize to you.
It's a win-win situation.
You can either think "it's not worth the effort", or "it's worth the effort". The key to me is to not even think. To just go there and do my thing, whatever it could be: fingerboarding, bouldering, lifting, what the fucking ever. Because by doing so, I am 100% sure that I am moving towards what I want, and this is the only thing that matters.
In my opinion, there's only one way to get something done without deserving it, and that is UNDERPERFORMING.
I have already blogged about Blaise Pascal's "vous abetira": this is exactly the same thing, only with other words.
I don't know if this is wrong or right, I only know that it must be right because it feels wrong. It must be right, because it feels hard.
I mean, it's just fucking bouldering, goddammit. We're not saving lives. But why can't we treat climbing as if it were saving lives? Why can't someone put the same dedication in saving lives and in climbing? I think he can. There is never a reason, to me, to not give 100%, whatever the task. We can chose not to, but we must know that the outcome wno't be 100%. It could resemble 100%, but it won't be. It could feel 100%, but it won't be.
There's a kind of success that happens in the real world, and a kind that happens inside us. The first one can be related to others, but only the second one completely belongs to ourselves. Only we know whether the public success is deserved or not: if we think that it's not, it's not a success anymore. It's something that happened to us, and that could be given to, or taken away from, us. We are out of the game in this case.
But nothing of what we have, because we deserved it, can be taken away from us: because no one can touch it. No one can even see it.
Maybe I write all this shit because I basically live in a one-man climbing scene. But really, even if someone came at my house everyday and watched me train, could he really understand how I feel? How tired I am? Or how happy and super fit? No.
The only thing to do, to me, is to make it all happen inside me.
I could go on forever on this matter, and I don't want to.
Thanks for getting to the end, but finally, tell me: are you a robot? Prove that you're a robot.