After the holidays, I felt I really needed some rest, and planned a week off after some good training: a friend of mine have built a board in his garage, and I took great pleasure in going there with some friends to pull down hard; those sessions have been really great, not only thanks to the good company and vibes, but also because we were on holidays, and each session saw someone bringing over cakes, Prosecco wine, and the likes. I also had a Champagne fuelled session on my board in which I crushed a project. Yay! All it takes to climb hard is: no work, lots of sleep, food and Champagne. As easy as it gets.
Unlike my board, my friend's one have normal footholds, and it's allowed to step on the handholds. Despite making things - apparently - easier, I found out that the better footholds allowed for some crazy upper body action and positioning, working my arms, back and fingers in a completely different way than my board. Both overhang 54 degrees.
So, my week off started quite well: I had climbed on Monday, the last day of the holidays, and spent Tuesday and Wednesday resting. Then I trained or climbed four days in a row. Dammit. Friends are Evil. Now I really needed some rest. This time this was better done thanks to my bread-cutting ability. While preparing a sandwich for the day's climbing, on Sunday I cut through a good 3 mm of my left thumb. I taped it and went climbing, but got home with the tape soaked in blood.
It took a while to finally heal, but still now after a serious session, some blood can be seen under the skin.
Letting go of the training for a few days, made my mind strong to start again, but my body had given in.
I did some excellent fingerboarding to ease myself back in, with a very good session. I tested myself on the monos and pockets, and found good improvements despite not training them for a couple of months if not more, which led me to questioning the misteries of training.
I also added 2 kg to my one armed hangs on the incut rung of the Beastmaker: +14 for left hand, +18 for right hand. This session was heavy. The following day my arms and back were thrashed, and when I stepped on the board for some bouldering - after a few weeks dedicated to system training - I wad shocked by how hard my problems felt. Like, I couldn't do the moves in isolations: I either was strong when I did them, or weak now. Or both. A rude awakening. Very rude.
Right now things are going better, and I also retained some Power Endurance.
Here are some images that sum it all up. 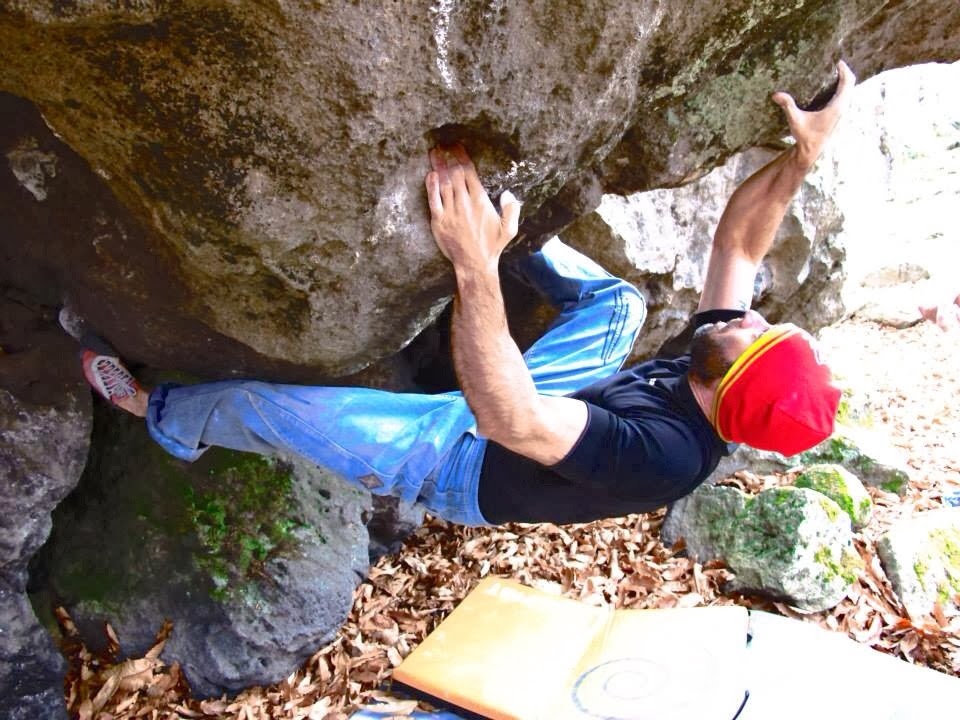 A good problem that gave my left thumb a hell.

Some compression on pinches, but no thumbs.


A good go on the circuit, getting to hold number 23, with only 7 more moves - the hardest part - to do!


These last months have been very important on many aspects, climbing included: once I realized that I can't project hard things on rock, for the usual reasons that I ignored for the last ten years - filling this blog with utter bullshit, idiotic thoughts and envious ramblings that now make me very ashamed - I started having some fun again.
My projects are on my board and on the Beastmaker, and they just represent the climbing spin off of the only project I've ever had: being strong. As strong as I can be in that specific moment of life.
Until now it's been climbing, but it could be weights, or something else.
This is a clarifying vision and a realization.