For the third weekend in a row, I went climbing. I mean, real climbing, with real rock, crash pads, coffe flask, down jacket and cold.
Despite the fact that climbing keeps getting in the way of training (for climbing...) I have to say it's been fun.
I went back to Sassofortino after ages, and managed to open a new exit to a very old problem, the very first 7th grade problem in Sasso, to be fair, and probably in Tuscany, the good old "Shelter". Years ago I wrote a beautiful - or so I thought at that moment - story about the first ascent, revolving around how and why the first ascent was mine and not a previous one from a friend. Sadly I can't find this story anymore in my pc and therefore I don't even remember why the first ascent had to be mine.
Anyway, the new line takes the upper lip of the boulder and goes left instead of straight up. It was late and humid when I did it, so probably my impression of it being Font 8b could be biased. 8a+?
Yesterday, on the other hand, I went to Vivo d'Orcia, where with a good bunch of friends, I easily and quickly did nearly all the moves on a 7c+/8a problem by Michele Caminati, and that was really nice. After a couple of goes on the singles, I did it from the sitter dropping at two moves from the top. Unfortunately for me, those two moves are the ones that give the problem the grade, but I can still say that I've climbed the 6c+ part of an 8a. The important thing is that the 8th grade be mentioned. Because I climb for the beauty of the rock.
Ha.
All pictures copyright and courtesy of Carlo Chechi at www.carlochechi.com 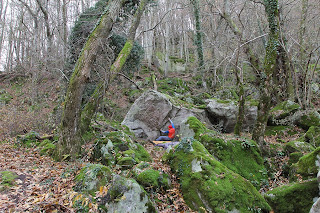 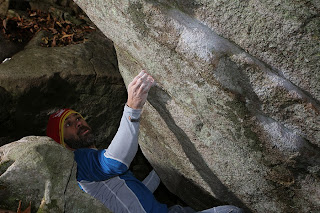 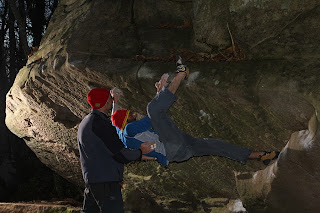 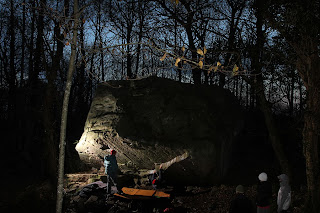 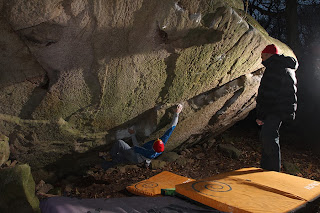 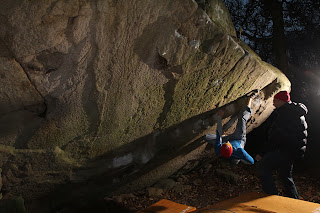 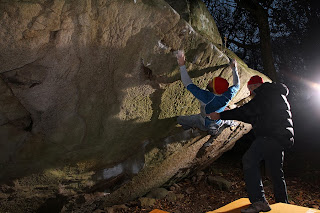