This past weekend should have been another great opportunity to train on my Beastmaker and on my board, in my endless quest for the physical limits. I still wonder why I keep buying climbing shoes. Unfortunately, the Gods had something else in plan for me.
On Saturday, I had planned to go to the Chiesina roof, because I wanted to put on (and use) my new climbing shoes, and given that I don't use them on plastic, the only chance left was to go on rock, but I was confident: the weather forecast was terrible, maybe it was the right chance to have an excuse and use the Hornets on my board!!! Unfortunately I woke up to perfect blue skies and a gentle breeze, so instead of having another coffee and going back to bed, I had another two coffees and waited for my friend (who is also the father of Italian 8c crusher Michele Caminati, and crusher himself) to come over and pick me up. Damn good conditions.
Just the time to drive there and a quick stop for some coffee (because I had only brought a flask of it for the whole day) and we were ready to rock.
Even with those perfect conditions, not everything was lost, and maybe there was still some chance to escape the dry rock and perform some sort of rewarding training; because the current state of mind is as follows:
- rock climbing counts as a rest day activity (because it's still better than sitting in front of the tv; but not as good as going to the cinema);
- board climbing on other boards counts as testing the form;
- board climbing on my board prepares me to be strong on the fingerboard;
- fingerboarding on other people's Beastmakers counts just if I smash their PB's, but it doesn't count for my own PB's;
- fingerboarding on my Beastmaker is where it's at. The fucking real thing.
Anyway. On Friday evening, between deadhangs, I took the time to build a small portable fingerboard, to help me warm up for those rare occasions in which I'd face some real rock. 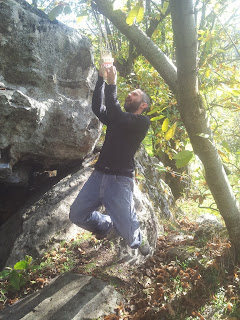 There you go! That's how to put Mother Nature to good use! Spare the rock! Protect it! Hang the small board to a branch, and put some serious training in! Hell yes!
After a good half an hour spent dangling from wooden edges, my partner decided that he wanted to actually climb. "Why?" I told him. "That'll ruin your skin! How will you fingerboard tomorrow?"
He was not redeemable.
I had to spot him.
During a couple of attempts, while moving the pads for him, I tripped on my climbing shoes; I had taken my sneakers off because they false all the parameters of the deadhangs, so in tripping my feet accidentally slipped into a very tight pair of brand new Five Ten Team. Somehow, falling down, I also tightened the velcros.
Hmm...
"How can I take them off now?" I thought. "If I use my hands, I'll be tired for the next set of hangs... Oh Yes! I can slip them off in a strong double heel hook. Right on!"
In the roof there's a strong heel hook for the left foot, but I needed one for the right one. I started searching. Almost completely covered by rocks and fallen leaves from ages, in the depth of the roof I spotted a seam. So I took a broom and started digging. Rocks, turf, leaves, all went out in a cloud of dust, and now I had a beautiful right heel hook to take my shoe off.
I chalked up, and went.
Did the first new moves, got to the heel hook, and unfortunately the shoe stayed on. Dammit! At least I could try with the left one, so I carried on. Fuckin hell! It stayed on as well. At that point I was so high (more than 80 cm from the ground) that jumping down was impossible. I needed to top out and get down from the tree. And that's what I did.
This mishap completely ruined my fingerboarding session, and the day was consequently over.
I took my shoes off and stared disappointed at the roof, with its new five moves and almost two meters of climbing that I had dug out.


Now I have to repeat all the problems from the new start. Damn: how am I supposed to train properly if climbing on rock gets in the way? I'll never get really strong. Sad but true.
Sunday.
After a tripes and liver based dinner on Saturday night, Sunday dawned cloudy and rainy. Yes! Brush the Beastmaker, quick!
Sadly this time another friend of mine wanted to climb, so again I had no escape: before, he used to simply email me; then he started to phone me in the morning; now he simply comes over and rings the bell until I wake up and let him in.
Crashpads, shoes, coffee flask, chocolate. Car.
Rain on the road! Yes! Fucking yes!
"Wait a second. If it rains I can't hang the small board outside!"
Frantic and immediate search for a nearby gym. I had trimmed my nutrition, energy drinks and Antihydral to be performing on the fingerboard between 14:00 and 15:00 and we couldn't drive back home and play as amateurs.
We found a gym. We went. Ahhh! It was open. Noooooooo! There was a competition!
Fucking hell.
Dozens of happy people climbing, smiles all around, fuck them. What was worse, there was no Beastmaker. I could have mounted my portable one, but everyone was already using liquid chalk! No one will touch my wood with liquid chalked hands (you see what I did there).
Fuck me. Again. Two days in a row, I had to climb.
Not only I climbed, I was also allowed in the final. How? I ask. I had given back my card empty! Dammit, someone must have seen me climb something. Never, never climb anything.
Anyway, I was agonizing to go home and do at least one set of one armers on the incut rung, so when the final started I wanted it to be over as soon as possible. I was so angry that somehow I lost my concentration and started climbing well: powerful and precise. When I focused back again, I found myself eyeing the final hold of the problem, at roughly 3,5 meters from the ground. I looked down between my legs, on poor footholds, with the abyss below. I calmly downclimbed and felt safe on the mats.


No one toped the problem out, so I won the Veterans' category of the competition, in which I was the only competitor.
What a shitty weekend.
Posted by lore at 17:13 1 comment: 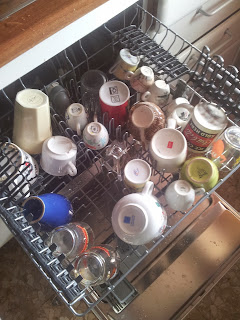 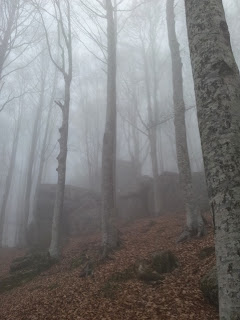 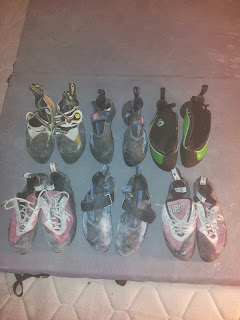